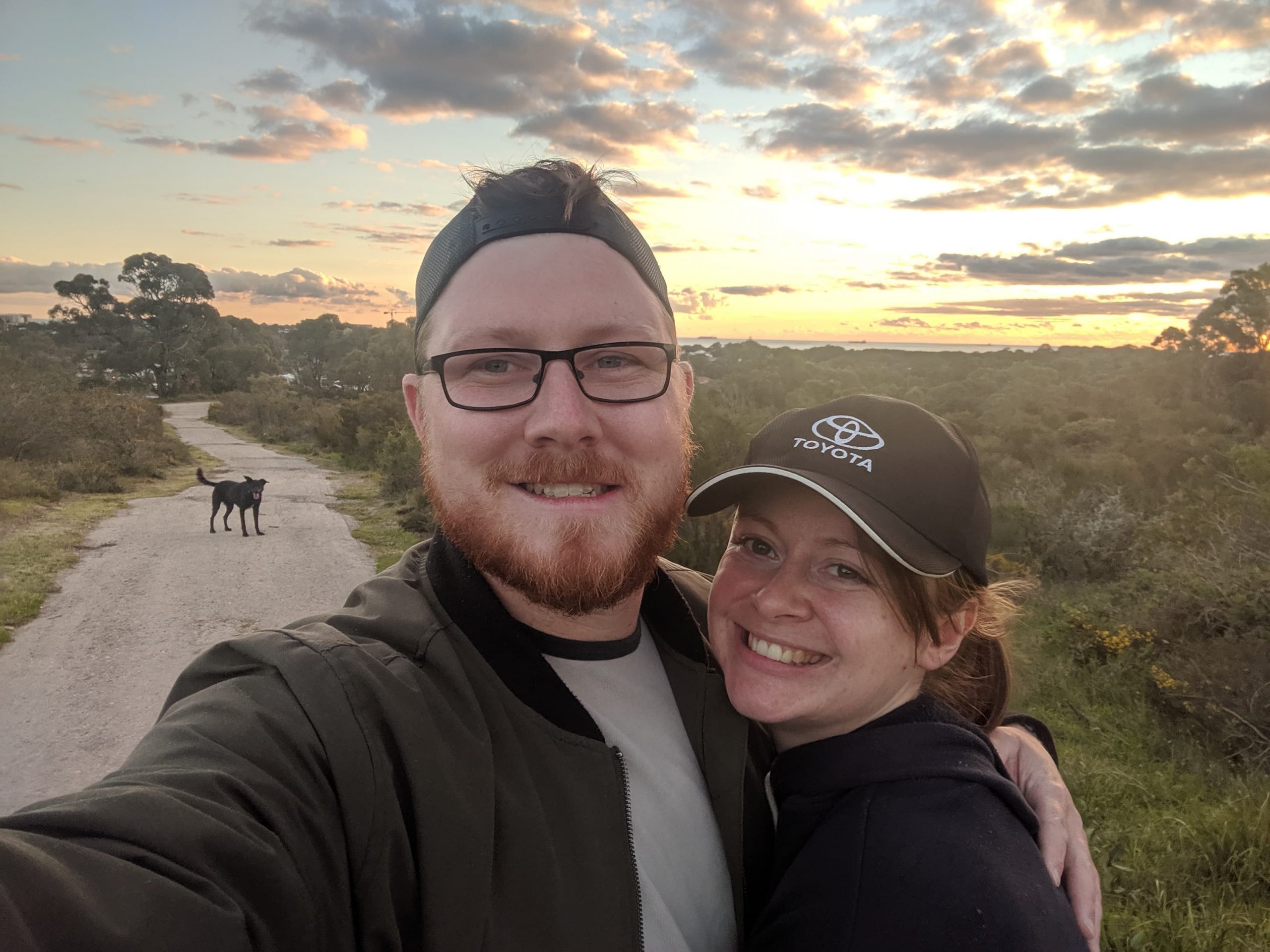 Lodging a visa application can be just as overwhelming as it is exciting and you may experience a rollercoaster of emotions.

We recently lodged a defacto partner visa for Lexie. Out of all the testimonials we share, this has to be one of our most memorable. Lexie’s story starts off in Scotland when she started dating Michael, an Australian citizen.

‘’I found one receipt for a Domino’s pizza, bought on Valentine’s Day in Scotland on Michael’s credit card while he was staying with me. That receipt proved to be invaluable as it demonstrated we were co-habiting,’’ she explains.

In 2014, Michael was working in Northumberland. Originally from Perth, he’d been given the opportunity to join a small start-up business with a friend. Prior to moving over there he’d met Lexie on a dating app. She was then aged 23-years-old and lived in St Andrews – a two hour drive from where Michael was going to be based. Once Michael landed they arrange to catch-up in person.

‘’We met up a few times as friends and then we realised we had so much in common that we started dating seriously,’’ explains Michael.

The two spent a lot of time in each other’s company going backwards and forwards to their respective homes. After two years Michael’s visa was running out and so was his money. The business venture wasn’t producing the financial returns he’d hoped, so he made the hard decision to move back to Perth.

‘’By that time we were definitely in a committed relationship, but Lexie was living with her mother and felt it wasn’t the right time to leave Scotland, so the plan was that she would visit me in Australia,’’ he adds.

The two spoke every day without fail, but it took nearly two years until November 2017 before Lexie eventually visited Perth on holiday. Lexie says her three-week stay went too quickly, but it gave her a taste of life in Australia.

‘’The first thing that struck me was the heat. I think the whole time I was there it hovered around 37 degrees, but I really liked what I saw and knew that I’d consider living here.’’

However, it was to be another ten months before they were reunited again when Michael made a surprise visit to Scotland for her birthday. During that trip she knew the time was right to make a permanent move to Perth.

‘’It was really hard for me to leave my mum. I’m an only child and I had lots of friends in Scotland. I am a cautious person by nature and I don’t make decisions lightly.’’

Lexie arranged her own Working Holiday visa (subclass 417) and landed a month later.

‘’By that time we’d known each other nearly four years. Michael had a good job, he’d bought a house and a dog, and was very settled. It was easy for me to move into his place in Dianella.’’

Mix up with regional work

By Lexie’s own admission she found settling in Perth harder than she imagined. She thought she’d forge friendships overnight, but it took longer than expected. By the end of the first year of her working visa, she’d adjusted to her new life. She decided to complete a three month regional role, so she could stay an extra year, but this is where things started to unravel.

‘’I realised that I’d left it too late. It was my mistake as I should have undertaken the regional work within my first year. It meant that in order to stay in Australia, I had to submit an application for a defacto Partner visa (subclass 820).’’

A looming visa expiration date meant that partner visa had to be submitted quickly. As luck would have it Michael worked alongside Zahirah’s husband and he suggested the couple contact us at Home of Visas.

‘’This was a pretty stressful time for us as the clock was ticking, so we decided to call in professional help.’’

Home of Visas steps in to help

We established that a lot had to be done in a very short amount of time. We worked with them to ensure the required paperwork was in order.

‘’When we met Fizah and Zahirah, we knew instantly they had the experience and commitment to help us. They told us in great detail what was required, photos and the type of testimonials from family members they required as evidence to show we were in a committed relationship. They also spoke about the language we should use with supporting documents. For example, to use the term partner rather than girlfriend and boyfriend.’’

Michael was working long hours, so it was Lexie’s job to trawl through receipts and paperwork to prove the longevity of their de facto relationship.

The visa lodgment was made in September 2019 and while this was being processed Lexie transferred onto a bridging visa. In March 2020, Lexie decided to visit her mother in Scotland. While there, coronavirus took hold and the government declared it would be closing Australian borders.

‘’I can honestly say that was one of the worst experiences of my life. I’d been in Scotland for ten days and was told that I needed to get back or risk not knowing when I’ll be able to return to Australia.’’

The borders were shutting, it was a race against time. Thankfully Lexie managed to find a flight from Glasgow to Perth via Dubai, but even at the airport she was challenged trying to get on the plane, initially being told only Australian citizens would be allowed to board the flight.

‘’Zahirah and Fizah knew what was happening and they were offering me guidance, telling me what supporting documentation I should take with me on the flight, to give me a better chance to be allowed in.’’ The plane touched down in Perth within minutes of Australian borders being closed permanently.

‘’I really did go into survival mode. Michael was monitoring my flight in Australia checking it was going to make its scheduled landing time so I wouldn’t be at risk of not being allowed in. Afterwards, it took me a while to process everything.’’

From their point of view, if they had their time again would they have done anything differently?

‘’I probably would have done more research especially about the working holiday visa and the regional work, that was a big faux-pas. I’d tell others in a similar position not to expect things to happen overnight, visas can take a long time to get approved.

But as she reflects on the past few years, one piece of advice outweighs any others.

‘’Definitely get a good migration team on your side. We couldn’t have done this without Fizah and Zahirah. You’re taking a huge risk doing it by yourself.’’

If you’re living apart from a loved one who lives overseas and want to explore partner visas, then we can guide you through the different pathways.

We offer a service where we get to know you as individuals, taking the time to understand visa solutions that work best for you. But don’t take our word for it, we have nothing but five-star Google reviews, so take a read about what others think about our services. We offer a free non-obligatory visa discovery call, so why not make that first move and schedule one today?