Visa Granted – But the Pandemic Left Us Stranded in Croatia 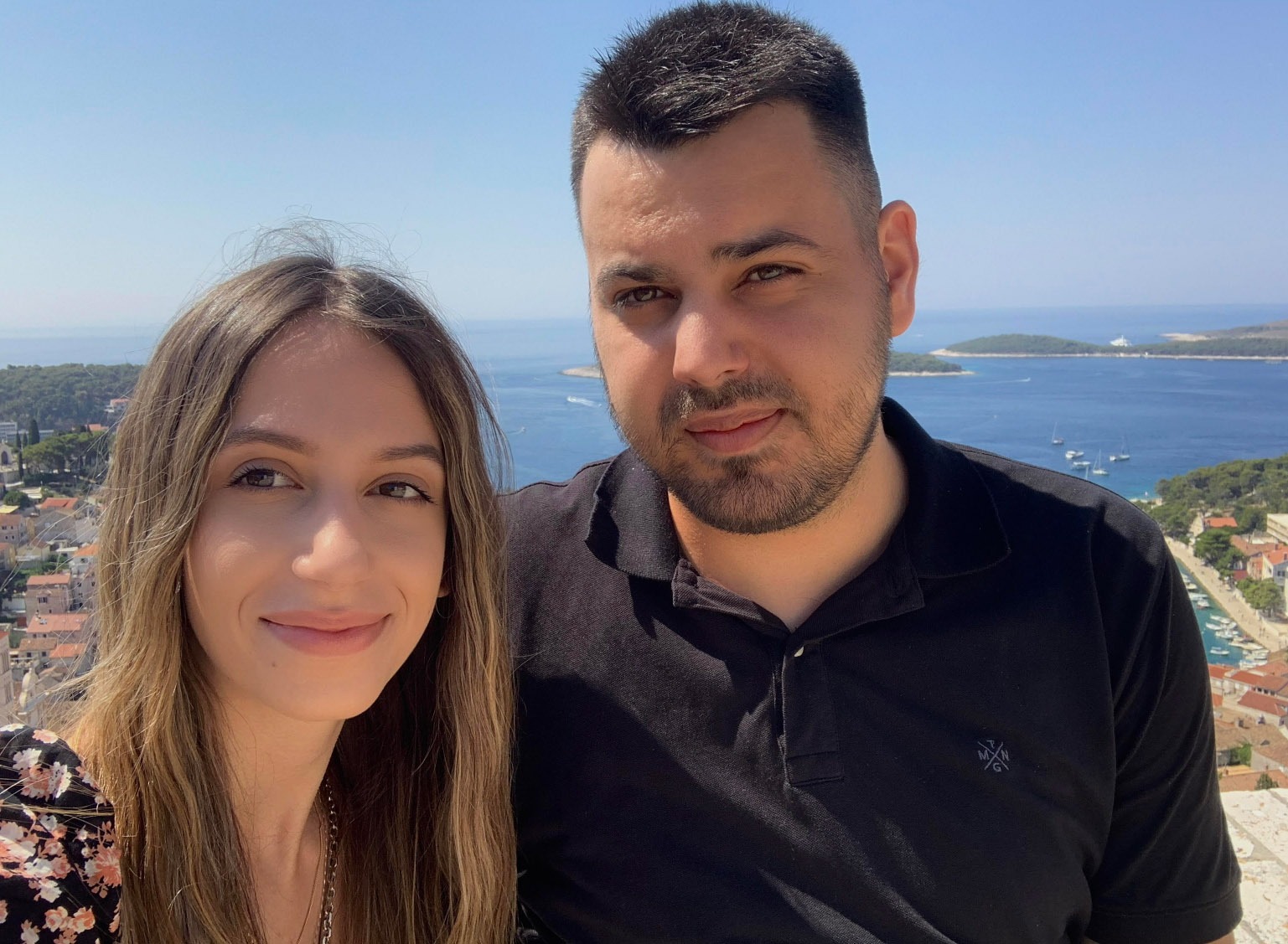 The coronavirus pandemic has caused upheaval for couples around the world. For people in long distance relationships Covid-19 has disrupted long-established plans.

Ivana is an Australian citizen with Croatian heritage and married to Marin, a Croatian, but throughout the time we worked on their visa application, they were stuck 14,000 miles away in Split, Croatia when they want to be in Australia.

Ivana was desperate to come home to Perth, Western Australia with her husband, who’s never set foot in this country. This is a migration story of perseverance and resilience.

Ivana and Marin’s journey to live as a couple in Perth has been far from straightforward. This is their journey.

​“We were young, but even at that age I think we knew we wanted to spend our lives together.”

Ivana was just 18 when she met Marin in Croatia. She had visited Tribunj to see relatives as her grandparents were born there. The young couple became romantically involved even though they lived at opposite ends of the globe.

‘’I am incredibly shy, but we clicked instantly. It was July 2014 but I was on holiday so I had to return home to Australia. I knew we’d keep in touch and sure enough he became my boyfriend and we messaged every day.’’

“Whenever I did go to Croatia, I handed in my notice. I work in retail as a manager and I’m fortunate that my employers took me back whenever I returned to Perth. However, it was very unsettling, so much travelling backwards and forwards,’’ Ivana explains.

“We were young, but even at that age I think we knew we wanted to spend our lives together. Back in Australia, we applied for a visitor visa for Marin and we were shocked when it got rejected.’’

The Immigration authorities said that because Marin was a university student, he lacked financial stability, so the visa was denied.

Ivana turned to Migration Agent Fizah for help. This was back in 2017.

“I was in tears and she was so supportive, she got in a car and drove around to see me. She suggested we lodged another visitor visa application. I wanted my partner to experience Australia and meet my dad,” she explains.

This second visa application also got rejected. Immigration officials felt Marin’s intention wasn’t to enter Australia as a tourist. A third visa was lodged and was rejected on the same grounds.

‘’It was frustrating as it took so long to get responses from Immigration.’’

Putting a visa application on hold

Fizah suggested Marin should apply for a prospective marriage visa, but at the age of 20 Ivana felt it wasn’t the right time.

‘’Some people questioned why I didn’t go and live with Marin permanently in Croatia, but I just couldn’t do that. I love Australia, and I’m close to my family, I have a supportive employer and lovely work colleagues. They say Australia enjoys a laid-back lifestyle, but Croatia is even more relaxed and I need a bit more structure,’’ Ivana says.

Fast forward eighteen months and she approached Fizah again. This time she felt ready to secure a partner visa and the couple had decided to get married.

The wedding was in July 2019 in a small registry office with immediate family. Ivana’s dad met Marin for the very first time a week beforehand. A partner visa was lodged and Fizah felt it would take a year to come through.

‘’The idea was that we’d have a full wedding a year later in July 2020. That second wedding would also be in Croatia with extended relatives, but of course COVID put a stop to all that.’’

Ivana came home on her own to visit her parents in Perth in January 2020 and flew back to Croatia in March. When COVID struck, she became stuck there.

‘’That was difficult, I felt homesick and so isolated from my family. Marin’s relatives are all lovely but I missed my parents. I rang them every day,” she explains.

‘’Then when I found out I was pregnant, but the news made me feel even more isolated. I was crying down the phone and so was my mum. While it was exciting, we wanted to celebrate this momentous event together.’’

Fortunately, the partner visa was successful and arrived in September 2020. The next hurdle was to secure a flight back to Australia but with limited flights in WA, there were more obstacles in their way.

Ivana has scoliosis which is a curvature of the spine. She has metal rods in her back, and the Croatian doctors say while she is pregnant, she needs to be under the supervision of specialists in Australia.

‘’It is weird thinking that it will be the first time Marin has ever been in Australia, but I’ve waited so long for this, I can’t wait for that day to come.’’

But this story has a happy ending. The couple have settled into a life in Australia, Marin found work almost immediately after completing hotel quarantine, and they are finding their feet being new parents to a precious baby girl. 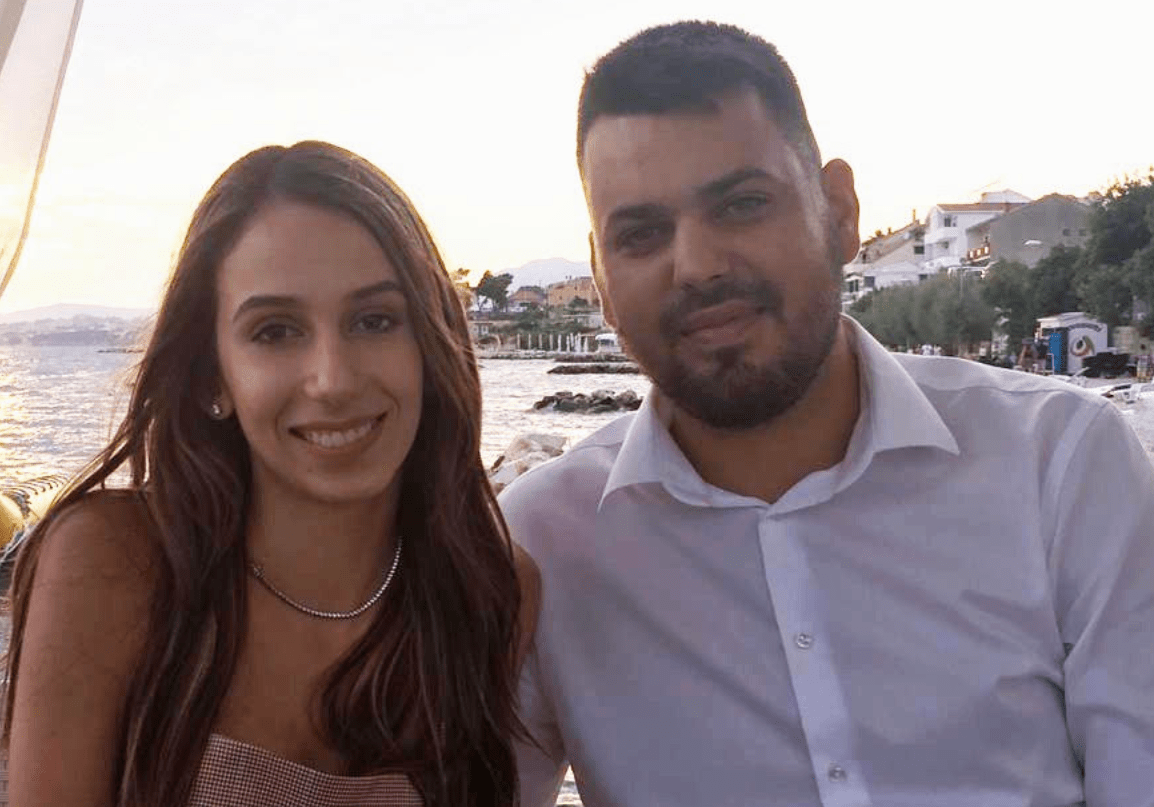 The journey to secure Marin’s visa was not easy, but then no one could ever have expected a worldwide pandemic

The end result was a great outcome. The journey to secure Marin’s visa was not easy, but then no one could ever have expected a worldwide pandemic. We’re proud of what we achieve for our clients. Our Google reviews highlight our expertise and the support we offer throughout the migration journey.

Why not take a look at our reviews yourself? Contact us for a free thirty minute discovery call if you’d like to see how we can help you.