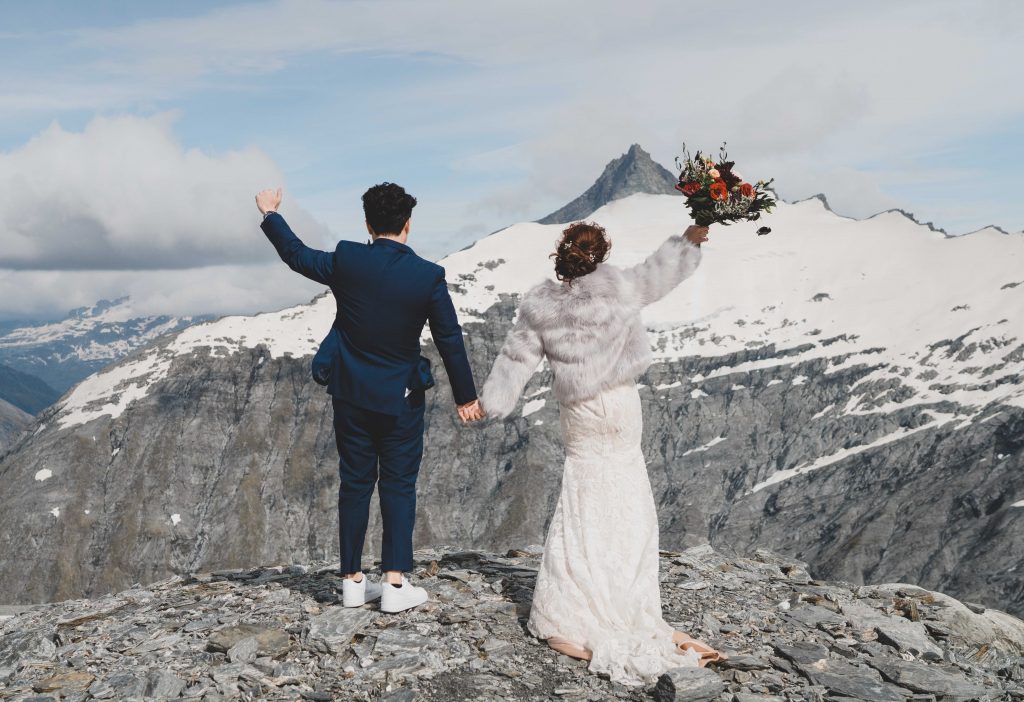 COVID-19 has caused major disruption around the world, especially for visa holders stranded offshore who need to get home to meet individual visa requirements.

That was the case for Anthony, born in Singapore, who moved to Australia to study at university and was then granted permanent residency.

When lockdown happened, he was in Singapore with his wife of two months, Corinne. Unfortunately, Anthony had to get back to Australia soon after to satisfy his residency requirements and separately, organize a visa for his wife – a Subclass 309 Partner (Provisional visa).

This is their story during a year which won’t be forgotten for a long time.

‘’We had this plan to stay in Singapore, work hard, save some money and then move back to Australia.” explains Corinne.

In 2016, Anthony had just finished a bachelor’s degree and two master’s degrees in Australia and had decided to go back to Singapore to visit relatives. While studying, he realised he’d like to call Australia home and afterwards he successfully applied for permanent residency.

‘’My brother had been at Newcastle University; I followed a few years later but went to the Australian National University in Canberra. I liked this country so much I applied for permanent residency,’’ Anthony explains.

His trip to Singapore was a much-needed break after his studies had finished, prior to settling into a career. However, during this visit he met Corinne and they started dating soon after.

Pretty quickly it developed into a serious relationship and so Anthony decided to stay in Singapore for a while longer.

‘’We wanted to get married on 02/02/2020 because it’s a palindrome, so the date is significant. It’s the same when you read it forwards or backwards,’’ Anthony says.

New Zealand was chosen because of its stunning scenery, certainly not for the weather which caused problems on the scheduled wedding day.

‘’We had to have our wedding photos taken the day earlier because rain was forecasted, but we still got married on the 2 nd February, so it was like a celebration twice over!’’

Shortly after returning from New Zealand, COVID took hold. Corinne says it meant they could spend more time together.

‘’In some ways it was good for us as it meant as newlyweds, we got to know each other really well as we only moved in with each other once we were married. We spent entire days together, everyday!’’

Migration Advice During the COVID Pandemic

But the clock was ticking, and Anthony knew he had to get back to Sydney before his Australian permanent residence visa expires, but more pressing than that he needed to sort out a partner visa for his wife Corinne.

‘’I’d done my initial skilled migration visa on my own because it was straightforward, but a partner visa can be complicated and there is more at stake. I was aware of the need for strong testimonials and evidence about our relationship.’’

Fortunately, Corinne was recommended to use our services via a past client of Home of Visas, Sue-Anne.

‘’The first thing that struck me about Home of Visas was the warmth and familiarity that made me feel comfortable. Conversation was never awkward, and the systems they had in place for the flow of information were impressive.’’

The COVID pandemic meant Corinne’s Subclass 309 Partner visa was submitted as an offshore lodgment when she was in Singapore.

To everyone’s surprise, within a day of submitting all the documents, a case officer had been assigned to the case. Three months later the visa was granted – an exceptionally fast turnaround.

‘’Zahirah and Fizah told us that the Australian Department of Immigration was giving priority towards applications for spouses and partners of Australians, but we never imagined we’d receive an answer within such a short timescale. This was unprecedented.’’

Anthony is now in Sydney and has set up home, but Corinne is still in Singapore. Limited flights availability and forced hotel quarantine mean she is waiting a little longer until she can enter Australia. However, this pragmatic couple is being gracefully patient through it all. They have been using this time apart, to plan for their future life together in Australia, whilst Corinne prepares herself to leave the home country she’s always known.

For other couples preparing a partner visa, what advice would Corinne and Anthony offer?

‘’Definitely speak to a registered migration agent and make that call sooner rather than later. Migration laws are constantly changing and if you submit the wrong or sub-standard documentation it could lead to a refusal. Get it wrong and it’s thousands of dollars wasted,’’ explains Anthony before adding:

‘’We took advantage of a free discovery call with Fizah, which gave us invaluable information we wouldn’t have known ourselves.’’

At Home of Visas, we want to help people achieve their migration goals with ease. Our personalised service means that every month we get referrals from satisfied past clients. To see if an Australian partner visa is the right pathway for you, why not book a free discovery call to explore your options?